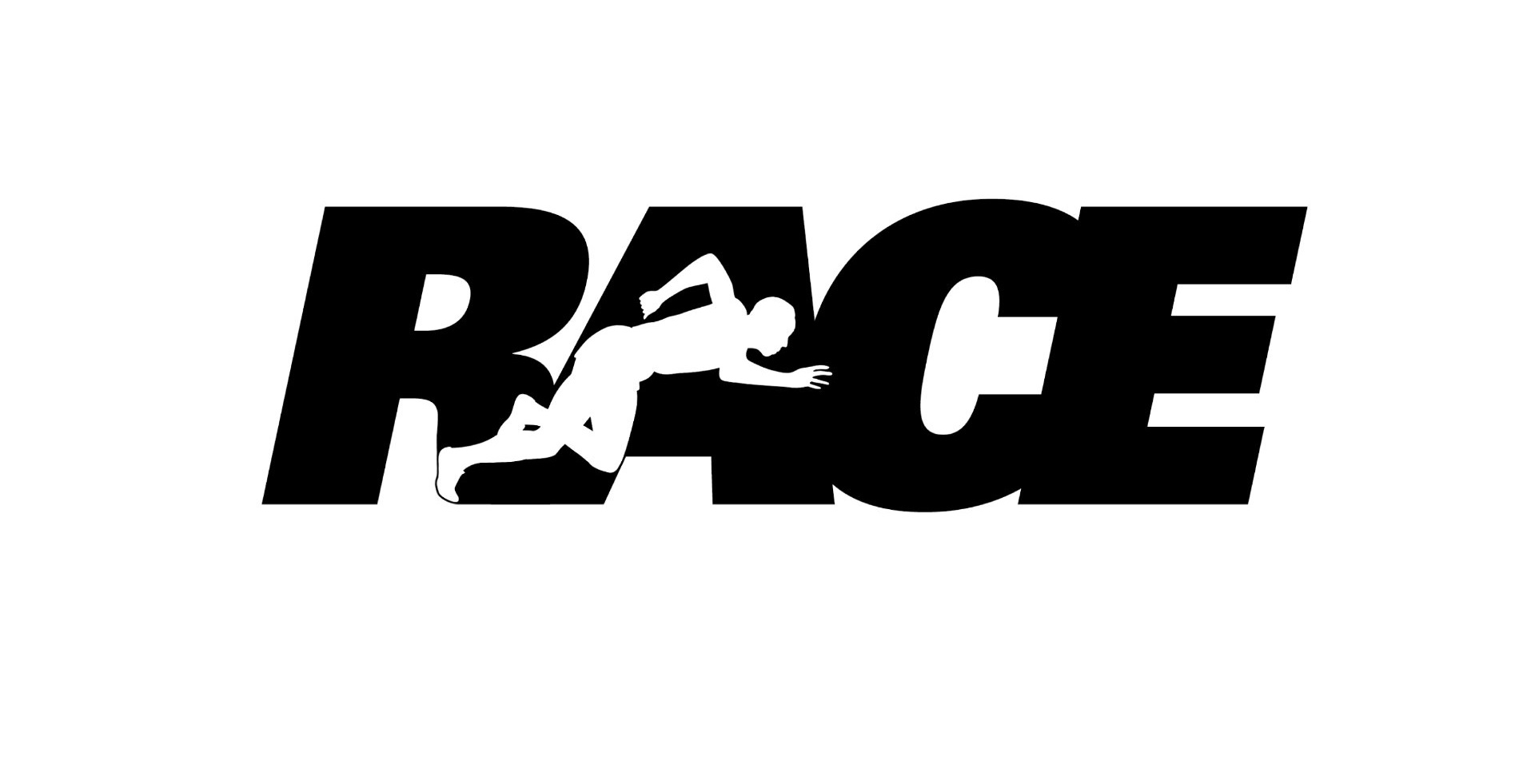 What with Oscars So White still being a relevant issues as the ceremony approaches, there really wasn’t a better time to release a biopic about the man who both shattered the color barrier to win four gold medals in 1936, and who succumbed to the insurmountable weight of the prejudice once her returned home.  A fitting figure to highlight the discrimination that even people as successful as Spike Lee, Jada Pinkett-Smith, and  countless other black and minority celebrities still have to face.  Does this movie do justice to the story of the man while also being heartbreaking relevant to today?  Let’s find out!!

The movie follows the career of Jesse Owens (Stephen James) between his acceptance to Ohio State University and his participation in the 1936 Berlin Olympics where he won four gold medals for the hundred meter, two hundred meter, four hundred meter relay, and long jump events.  Of course, the story is not as simple as it may seem considering this all took place well before the Civil Rights Act was even a possibility in the United States, and that the Berlin Olympics were taking place in Nazi Germany which was already becoming a hotly contested entity on the world stage.  As he struggles with his own personal demons about being a proper man and father, he must also face the realities of being a symbol for something greater than himself.  Certain members of the black community want him to take a stand against the Olympics as a way to highlight the atrocities in Germany as well as those in his own home country, which could be a powerful statement but would almost certainly end his career in the process.  Now we all know he did indeed end up going to the Olympics, but it was stuff like this that was in the back of his mind that he had to work through while facing down the Nazis in their own country.  Does this movie manage to capture the historical magnitude of Jesse Owens’s achievements or is this yet another biopic that fails to capture what makes the person so great to instead focus on running down a checklist of his life story?

The movie is fine for the most part, but it falters as a Jesse Owens biopic.  Instead, it works better when it’s focusing on the 1936 Olympics in Nazi Germany and all the compromises, backroom dealings, and bruised egos that were lurking on the outskirts of the entire event.  It’s just a boiler plate and cliché ridden look at Jesse Owens for so much of its run time and almost feels insulting that they sugar coat his story to the degree that they do, especially considering that they cut off the movie right after he wins the four medals and barely touches upon the problems he faced after coming back home.  It’s not exhaustive enough nor grounded enough to do the man’s story justice, but it shines when it’s not so much about him as a person but as a ground breaker in his field and the impact he made on the world stage.

So aside from the complete absence of Jesse Owens’s troubles post the Olympics, what is so wrong with the biopic portion of this film?  The whole first half of this movie tries to incorporate as many events in Owens’s life between him going to college and then going to the Olympics, which means there’s no real focus to grip you into his story other than surface level motivations.  It always felt like the movie was keeping me at arm’s length from Jesse who comes across as very reserved which leads to his story not feeling all that unique or interesting until he starts breaking records and beating the Nazis.  He has a girlfriend and a daughter back home, he works a day job between classes, fame and success go to his head, and he gets humbled right before the Olympics.  I know they want to stick to the real life story, but having half the movie about his uninteresting love life and practice sessions with Jason Sudeikis can barely qualify as decent.  In fact, the romance between him and his girlfriend Ruth (Shanice Banton) falls pretty flat.  As with most people who get a modicum of fame, the first thing Jesse does is start to screw around which doesn’t go unnoticed by soon to be wife, but the reconciliation between them feels half assed and undeserved.  Sure, it MAY have been as easy as saying “I’m sorry” and then waiting outside in the rain for a couple of hours, but in terms of drama it feels like a non-starter of a conflict and a resolution that Jesse didn’t earn.  Hell, the way he apologizes to her comes across as rationalizations crossed self-victimization that puts the guilt on her if she doesn’t take him back (I’ll quit running just to get you to say yes).  His relationship with Coach Larry Snyder played by Sudeikis actually comes of pretty well at first what with the Coach pushing him to his limits, but even that kind of fizzles out a bit as Sudeikis gets soft towards the end and eases up Owens for no real reason.  I guess you could say that they are getting closer which is why he’s being nicer, but it’s more like he’s coasting on Owen’s natural abilities once they become apparent.  Still, it’s probably the strongest relationship in the movie as both actors work off each other very well.

For the most part, the worst that can be said about the biopic portions is that they are run of the mill.  Nothing all that exciting, but it’s executed competently enough with strong performances that carry the film further than they really should considering how standard everything else manages to be.  Once we get to Germany however, things get MUCH more interesting.  Not just in the story they’re telling, but in the filmmaking and thematic elements.  Everything has been leading to this and thankfully the movie pulls it off impressively.

I couldn’t really connect with Jesse for most of the movie as it felt like we were seeing a cinematic CliffsNotes of his life that had the details, but none of the heart or weight.  Once he gets to Germany though, the movie finally has a strong focus as it’s all about Jesse getting into the right mental place to do what he knows needs to be done.  Hell, there’s even a single shot sequence (which is apparently a must now for any film that wants artistic credit) where we watch him prepare and win a race in one uninterrupted take that gets us closer to Jesse than any number of scenes about his love life or being grilled by his coach.  It’s just him, the noise, and the track; and nothing’s going to get in his way.  This is probably the best scene of the Olympics section of the movie, but it’s also a good indicator of what makes the second half of the movie work so much better than the first.  You can feel the stakes and the meaning with every action Jesse takes, as well as the actions of his fellow athletes from the less than enthusiastic German long-jumper Luz Long (David Kross) to the two Jewish runners on the American team’s 4×100 m Relay (Jeremy Ferdman and Giacomo Gianniotti).

The inclusion of Leni Riefenstahl (the German filmmaker recording the entire Berlin Olympics played here by Carice van Houten) is an interesting choice considering that her character is here for more than just historical accuracy.  The movie is insinuating a parallel between her and Jesse Owens throughout the movie, and while it’s definitely a fascinating direction for them to go in (probably the only unique angle the movie has going for it), I feel it could have been developed further and also falls victim to the movie’s insistence of sugar coating everything.  Look; Leni Riefenstahl is a controversial figure to say the least.  On the one hand, she’s one of the earliest and most celebrated female directors in cinema history, and yet she was hand-picked by Hitler himself to create propaganda films which she did with great gusto.  After the war, she claimed to have not known about the Holocaust at the time of her contributions to the Nazi party and was cleared of any war crimes after the war was over.  She’s… complicated to say the least, yet the movie wants to avoid this as much as possible by making her a plucky go getter who defies the Nazis at every turn just so she can film the movie she wants to make.  As a parallel to Owens’ own struggles with his talents, it works because we get to see two people with more genius than can be contained trying to make it work in their own respective situations, but the movie should have gone deeper into what her contributions actually were to the Nazi party’s rise in power.  More so than Leni, Owens was self-conscious of his choices and how they affected those around him, yet what he did was a net positive to the world.  Leni as well was all about her chosen profession, but never really had a reason to stop and think about her choices and how they affected the world, which ultimately was a net loss for humanity.  The movie never gets THAT deep with the parallels and differences between the two and it feels like a missed opportunity to say something profound about how impartial you can be to the rest of the world when all you wish to do is follow your dreams.

There’s still a great Jesse Owens movie to be made.  Hell, there’s still a really great movie about the 1936 Berlin Olympic Games that can be done.  This doesn’t really accomplish either as neither half of the movie covers as much ground as it should, though the second half is definitely the strongest.  The exclusion of Jesse’s life after the Olympics (where he ended up racing horses for money) and the lack of real bite to the darker side of the Nazi Games make this a less than stellar version of two superior films, but what we have here it’s definitely worth a look.  Maybe it’s worth seeing on the big screen for the strong cinematography in the second half, but you won’t be missing much if you wait for the home release.

One thought on “Cinema Dispatch: Race”