Most of this month, I’ve been pretty damn negative as I worked through the dregs of what Netflix has to offer in terms of horror.  Well… that’s actually not true.  Trust me, Netflix has MUCH worse stuff out there than lousy video game adaptations or embarrassing efforts made by once talented film makers.  Either way, I want to end this on a happy note and give you five awesome horror films to watch this Halloween.  These are listed alphabetically because I have no interest in ranking them.  They’re ALL worth watching!

END_OF_DOCUMENT_TOKEN_TO_BE_REPLACED

That’s it! I’m SICK of all these crappy modern movies that try to call themselves horror! Even the great filmmakers like Argento can’t make anything worth a damn in today’s world. This time, I’m looking for something OLD! How old? Most of it’s cast better be fucking dead by now if I’m gonna sit through it! So let’s see… a movie starring Vincent Price AND Peter Cushing!? HELL YEAH!! Today we’re gonna take a look at film from 1974 called Madhouse. Is it a lost gem from the golden age of horror, or is it a well forget obscurity that both those great men wished everyone would ignore? There’s only one way to find out and that’s to keep on reading!!

END_OF_DOCUMENT_TOKEN_TO_BE_REPLACED

You know what?  ENOUGH with these lousy horror films by no name directors!  I’m tired of this new-fangled independent crap, or these massively overproduced snore fests!  Give me a movie made by a director who KNOWS what the hell he’s doing!!  What’s that?  Dario Argento made a Dracula film a few years ago?  Well what the hell are we waiting for!?  With a director THAT good, it has to be amazing… right?  I mean, I guess it COULD be a piece of crap by an aging film maker who’s still trying to hack it long after his creative spark has dissipated, but that’s not even a REMOTE possibility… right?  Well there’s only one way for you to find out which one it is, and that’s to keep on reading!!

END_OF_DOCUMENT_TOKEN_TO_BE_REPLACED

We once again find ourselves with a brand new episode of Sailor Moon Crystal!  Will Sailor V finally become a member of the team!?  Will Usagi learn that she can still throw a punch if someone grabs one of her arms?  WILL LUNA STILL HIDE STUFF FROM THE SCOUTS FOR NO REASON!?  Let’s find out!!

The episode begins where the last one left off, namely with Sailor V about to kick some Dark Kingdom white boy ass!  Everyone is shocked to see her pop up including Beryl who’s watching the whole thing go down on her Wicked Witch of the West Crystal Ball (Limited Edition of course).

END_OF_DOCUMENT_TOKEN_TO_BE_REPLACED 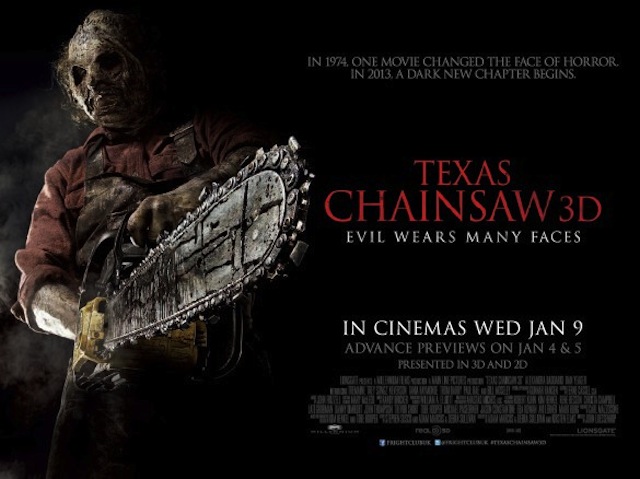 A few years ago, the good people over at Lionsgate felt that at least one more film could be cobbled together from the remains of one of the original slasher killers, but didn’t think that making another remake this soon would be a very good idea.  Not one to NOT beat a dead horse, they decided to make a SEQUEL to the original Texas Chainsaw Massacre instead.  The strangest thing about this one though is that Tobe Hooper who directed the original and its sequel came out and supported this film during its initial release, claiming it to be a true follow up in both story and quality to his horror masterpiece.  Has Tobe Hooper sold his soul in order to pump up the sales of a subpar film, or does this really capture the spirit of what made the original so iconic?  Considering the title ends in 3D, I’m gonna guess the former, but the only way to find out for sure is to keep on reading!!

END_OF_DOCUMENT_TOKEN_TO_BE_REPLACED

Can’t really escape it can I?  The first one was a flawed mess, but had some potential that a sequel could easily improve upon.  Not only that, but there’s a third movie coming out soon which makes this review quite relevant.  So then, do they improve on the mistakes made in the last one, or are they just going to make the same mistakes that every other horror sequel makes by making it bigger but losing the spark of originality that made the previous one noteworthy?  There’s only one way to find out and that’s to keep on reading!!

END_OF_DOCUMENT_TOKEN_TO_BE_REPLACED

If I’m gonna spend the month of October reviewing horror movies, at some point I’ve got to talk about anthologies.  Horror is by far the most prolific genre when it comes to combining short films into a movie with classic examples like Creepshow, Three Extremes, and Trick ‘r’ Treat.  I imagine that the reason why horror is the preferred genre is that it’s probably the easiest one to still work effectively in a shorter time frame.  The fear of death or harm is easily conveyed, and an audience doesn’t need as much backstory to root for characters to survive as they would for say, a tragic romance or a story about revenge.  V/H/S has been on my radar for a while now and has generally been well received for the creative way it was able to combine several tropes of the horror genre (found footage, anthologies, etc) with a format that many fans believe was the best way to experience these kinds of films.  So does this movie actually succeed in being a throwback to a period in horror that’s fondly remembered, or is it a mishmash of poorly done short films held together by a shaky premise?  Only one way to find out, and that’s to keep on reading!!

END_OF_DOCUMENT_TOKEN_TO_BE_REPLACED

We’re back with another episode of Sailor Moon Crystal!  The last one ended with quite a bit of intrigue involving Tuxedo Mask and Usagi’s relationship, as well as the introduction of Sailor V as a character in the ongoing story.  Let’s see how well they can work with these new elements as the story begins to expand in its cast as well as its scope!

The episode begins with Usagi waking up in Mamoru’s bed and realizing that he is Tuxedo Mask.

END_OF_DOCUMENT_TOKEN_TO_BE_REPLACED

The horror genre of films is interesting because of how aware its fans are of the problems inherit in it, while still celebrating those flaws in ways that many people find incomprehensible.  I’m a pretty big horror fan myself, but I understand the frustration that some people have with the overreliance on tropes and that tend to appear in some of the weakest examples of the genre.  However, this dichotomy between the quality of the tropes and the love of them that fans have has led to some great examples of genre spoofing and exploration that’s been hard to match in other film genres.  Movies like Scream and You’re Next have been able to walk that line between honoring what came before while also subverting and improving in ways that a lot of horror films fail to do.  The Cabin in the Woods (written by Joss Whedon and directed by Drew Goddard) is the current reigning champ of these kind of self-aware horror films, and yet or some reason I haven’t gotten around to seeing it yet.  Well what better way to fill that gap in my viewing history than to watch it for my MONTH OF HORROR MOVIE REIVEWS!?  Can the movie possibly be as good as the hype has promised it is, or is it another overrated horror flick that’s inexplicably beloved by fans of the genre?  Only one way to find out and that’s to keep on reading!!

END_OF_DOCUMENT_TOKEN_TO_BE_REPLACED

You gotta feel sorry for Warner Bros sometimes.  In 2008, they ruled the world with The Dark Knight, but since then Marvel has been dominating them at the box office.  Even their 52 reboot, while good in the short term, ended up being a flop among the fans.  The one area they’ve had a bit more success has been in television, with Green Arrow becoming a surprise hit, and a new Flash tv show on the horizon.  That said, how does their dip back into the Batman well work out?  Is it a hit for the shaky DC empire, or is a spectacular failure?  There’s only one way to find out, and that’s to keep on reading!!

END_OF_DOCUMENT_TOKEN_TO_BE_REPLACED

The Reviewers Unite
Blog at WordPress.com.