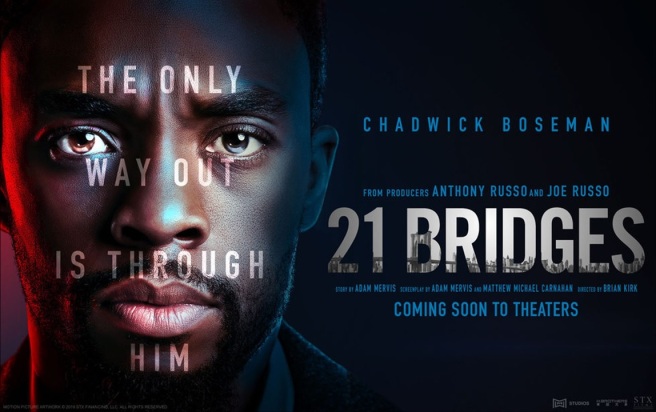 Look, the holiday season is a busy time and this one slipped through the cracks, alright?  Besides, even if this movie hasn’t been in theaters since Disney Plus came out, it still has SOME value… at least once the blu ray comes out… right?  Eh, whatever.  I’ve got a To Do list for the end of the year, and we’re putting a little check next to this one right the heck now.  Is this cop thriller a fun little distraction from the rest of the big movies that came out in the last two months, or is there a reason I kept pushing this one to the back burner until it was well past the point of being relevant?  Let’s find out!!

Super Detective Andre Davis (Chadwick Boseman) is called to the scene of a gruesome crime.  A bunch of cops were found dead at the scene of a drug robbery and the two suspects have disappeared with a large amount of cocaine.  Said suspects are Michael and Ray (Stephan James and Taylor Kitsch) who we learn were not expecting THAT much coaine to be there, let alone any cops, and so they have to find a way to get out of town and probably even further than that as soon as possible with the drugs they took being their best bargaining chip in the seedy underbelly of organized crime in the city.  Andre however is hot on their heels along with his temporary partner Frankie (Sienna Miller) from Narcotics that seems to be particularly invested in this case along with Captain McKenna (JK Simmons) who was in charge of all the officers gunned down during this raid.  Andre’s big plan to catch the crooks is to shut down the island of Manhattan (which includes it’s TWENTY-ONE BRIDGES) to any traffic in or out and hopefully root out the two bad guys before they can escape without a trace, but as Ray and Michael work their way through dealers, contacts, and Swiss bank account dudes to try and secure safe passage, they may have come across some information that puts an even bigger target on their backs than the ones they already had.  Will Andre be able to find these two and uncover the mystery of wat exactly happened this night?  What secrets did Ray and Michael learn, and is it their ticket to freedom or their ultimate death sentence?  Most importantly, is this a role worthy of the king of Wakanda!?

END_OF_DOCUMENT_TOKEN_TO_BE_REPLACED 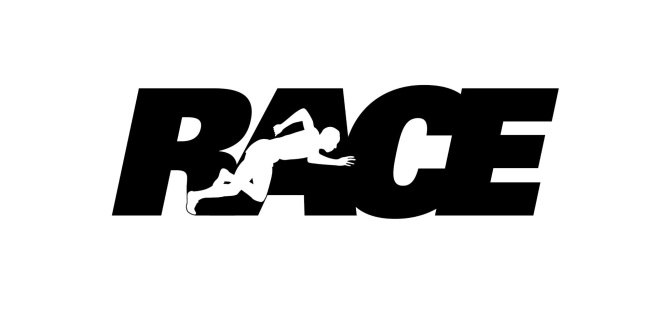 What with Oscars So White still being a relevant issues as the ceremony approaches, there really wasn’t a better time to release a biopic about the man who both shattered the color barrier to win four gold medals in 1936, and who succumbed to the insurmountable weight of the prejudice once her returned home.  A fitting figure to highlight the discrimination that even people as successful as Spike Lee, Jada Pinkett-Smith, and  countless other black and minority celebrities still have to face.  Does this movie do justice to the story of the man while also being heartbreaking relevant to today?  Let’s find out!!

The movie follows the career of Jesse Owens (Stephen James) between his acceptance to Ohio State University and his participation in the 1936 Berlin Olympics where he won four gold medals for the hundred meter, two hundred meter, four hundred meter relay, and long jump events.  Of course, the story is not as simple as it may seem considering this all took place well before the Civil Rights Act was even a possibility in the United States, and that the Berlin Olympics were taking place in Nazi Germany which was already becoming a hotly contested entity on the world stage.  As he struggles with his own personal demons about being a proper man and father, he must also face the realities of being a symbol for something greater than himself.  Certain members of the black community want him to take a stand against the Olympics as a way to highlight the atrocities in Germany as well as those in his own home country, which could be a powerful statement but would almost certainly end his career in the process.  Now we all know he did indeed end up going to the Olympics, but it was stuff like this that was in the back of his mind that he had to work through while facing down the Nazis in their own country.  Does this movie manage to capture the historical magnitude of Jesse Owens’s achievements or is this yet another biopic that fails to capture what makes the person so great to instead focus on running down a checklist of his life story?