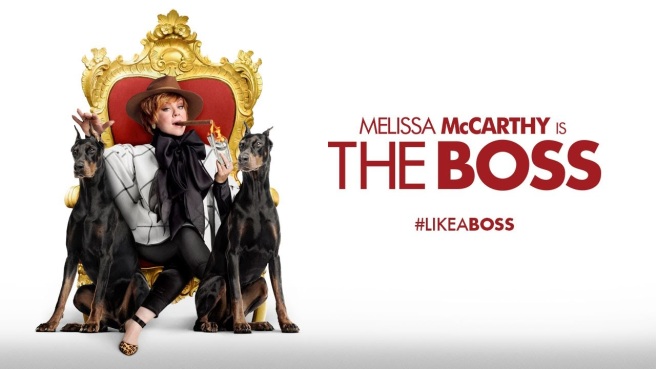 Melissa McCarthy has been around for quite some time, but her meteoric rise to super-stardom is nothing short of amazing, especially when you realize that Bridesmaids was only five years ago.  She’s had her ups and downs to be sure with movies like Identity Thief and Tammy being total wrecks, and yet neither of those (nor anything else she does) can even put a dent in her ever growing box office power.  Now on the brink of the biggest movie of her career, it’s time for her and her husband to take another crack at making a film all on their own to make up for the last one not turning out to well.  Does this manage to prove once again that McCarthy is untouchable due to her skills as a leading lady, or will it prove that she’s untouchable due to career not slowing down in the slightest if this turns out to be a disaster?  Let’s find out!!

The movie follows Michelle Darnell (Melissa McCarthy) who is the forty seventh richest woman in the world; a fortune she built from the ground up as she was adopted and abandoned no less than three times during her life.  When the movie starts, she’s on top of the world but has lost touch with the commoners, which is especially apparent with the way she treats her assistant Claire (Kristen Bell).  Not only that, she has an ex business partner (and ex-lover) named Renault (Peter Dinklage) who has been itching to get revenge on her and finally has an opportunity when he gets proof of committing a crime (insider trading) and reports her to the FCC.  She goes to jail, loses all of her money, and comes crawling back to Claire.  Will Michelle be able to earn back her fortune with the help of her former assistant and soon to be bestest friend?  How far will Renault go to keep Michelle from finding success ever again?  WHAT IS SHE HIDING UNDER THAT TURTLENECK!?