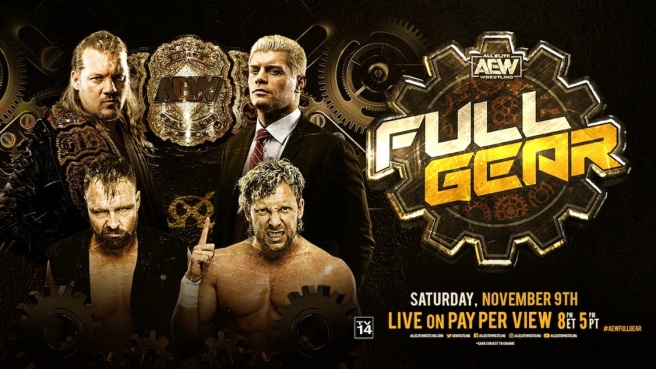 While technically being the fifth AEW PPV (sixth if you count All In which was basically AEW Zero), this is the first one since they’ve gotten the TV series and have started to focus more on long term storylines.  Not only that, but it’s coming off of a MASSIVE amount of success from Dynamite which has consistently beaten NXT in the ratings, so there’s a lot of hype and high expectations surrounding this PPV which is always a double edged sword as it means more people are interested in seeing it but that they’re also much more easy to disappoint.  Can AEW continue their streak of high quality wrestling action with their latest PPV?  Let’s find out!! 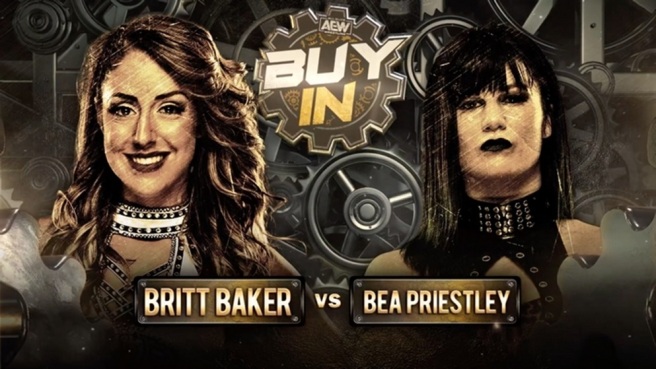 The only match they had on the pre-show for Full Gear was this match against Britt Baker and Bea Priestly which I GUESS is supposed to be the blow off to a feud, but they never HAD a feud to begin with.  They had one match all the way back before they got on TV and I think they were on a tag team match a few weeks ago, but at no point did they interact in any meaningful way to sell this supposed rivalry between them.  There’s a video package before the fight where Britt talks smack about Priestly and I just don’t think it works because Britt brings up stuff we’d NEVER heard of until now about her being possibly injured in the Fight for the Fallen match and it’s also completely one sided as Priestly doesn’t even show up in the video, so for all we know she’s just out there doing her thing and being respectful towards everyone while Britt is off to the side seething for no good reason!  Now all that having been said, when the two of them actually DO get in the ring they are fighting like this match means something.  Britt is definitely all scowls and fury which is a far cry from the babyface she often portrays, and Priestly is definitely relishing just how much she’s gotten under her skin.  The moves as well are less coordinated and flashy as they are just slugfests and pain clinics which is how you definitely want to pay off a feud even if this particular one still didn’t feel properly set up.

END_OF_DOCUMENT_TOKEN_TO_BE_REPLACED 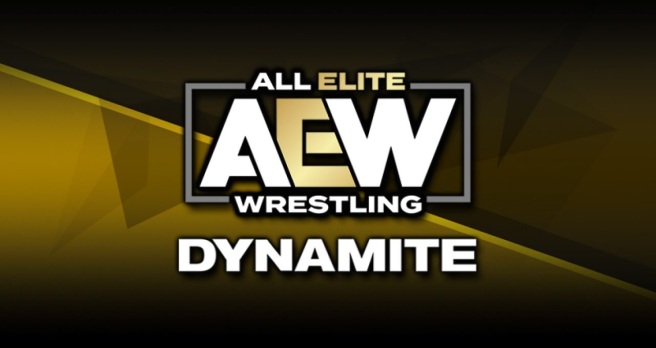 Last night AEW finally made the leap to weekly television with DYNAMITE; a name that conveys a clear purpose of intent to blow away everything we know about wrestling and rebuild it for the modern age! That or they just wanted a word that was catchy and sounded cool. In any case, let’s take a look at the inaugural episode!

The very first match on AEW’s new show (and the first wrestling match on TNT since 2001 as the announcers helpfully point out) is a pretty straightforward affair. The deal is that if Cody loses this match he loses his chance against the current AEW champ Chris Jericho at the next PPV, but really it’s just an exhibition match between two talented wrestlers. Now this isn’t a problem since you don’t really need any buildup for matches on regular TV the same way you expect for PPVs, but the problem I just keep having whenever Cody shows up is that I have no idea what his place is in all of this. Sammy Guevara is simply a young wrestler looking for his big break, but Cody? He’s the Executive Vice President of the company, he’s friends with the most heelish of heels MJF, and Brandi ends up interfering in the match. It sounds like he’s tailor made to be a bad guy, and yet it never feels like we’re supposed to boo him. Perhaps it’s the fact that he still comes off as an underdog when compared to Vince and the WWE, but within AEW it feels like his character is a bit muddled. He eventually wins the match which gets a respectable pop from the crowd, but then Chris Jericho jumps in to beat the crap out of Cody and assert his dominance in the AEW hierarchy. I was actually pretty down on Jericho being the AEW champion considering how much great new talent they have which is being overshadowed by a guy THIS deep into his career, but he actually looks a lot better than he has in a while and this is the kind of jerk move that a heel champ should be pulling, so kudos to that guy for turning it around so quickly for me!

END_OF_DOCUMENT_TOKEN_TO_BE_REPLACED 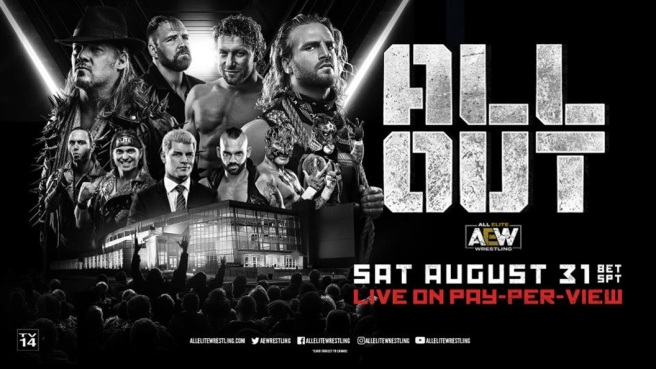 Well here it is!  After months of trial and error, big announcements, and no real response from WWE, it’s the last show before the AEW experiment goes to prime time television!  Starting in October we will be getting a weekly show from them on TBS and while I doubt they could IMMEDIATELY crash and burn considering how much money there is behind them, it’s still something of a risky venture to go into Vince’s backyard and try to claim a piece for yourself.  WCW failed, TNA failed, and the other guys just kept off of TV altogether.  It’s kind of a big deal, but we’re not really here to talk about all that!  We’re here to find out if this show had any good wrestling on it and if it’s worth your time and money to see it!  Can AEW end their PPV run on a high note as they head to the big leagues, or will this end up as a foreboding vision of things to come?  Let’s find out, and we’ll start with the pre-show!! 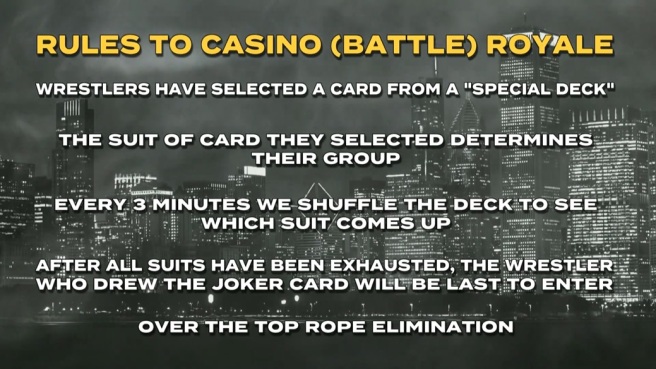 We start the night off with another Casino Battle Royale, but unlike the one in Double or Nothing this one is with the women’s division.  What IS like last time however are the overly complicated rules for how the groups are populated and ordered which amount to absolutely nothing because we don’t end up seeing the process; just the result.  With WWE’s Royal Rumble, they don’t make a big deal out of it and just make it a simple lottery system which is easy enough to get across to an audience but also allows for a bit of drama and tension as well; especially if someone tries to cheat it.  The wrestlers here have to draw from a “special deck” but we don’t see the drawing which determines their group, and apparently the don’t determine the group order prior to the match; they shuffle the deck right when the timer goes off and whatever suit is selected goes next.  Again, we don’t actually SEE anyone draw a card to determine the next group, but I like to imagine Cody’s in the back after having called 2 suits and has to pick the third one, but he keeps getting the first two suits over and over and over again until half the deck is on the floor before a new one comes up.  See, THAT might have justified this nonsense!  Anyway, that’s all rather immaterial as it basically boils down to a staggered Battle Royale match, so how is it?  Well I think the problem here is that it’s a Battle Royale that FEELS like it should be paced like a Royal Rumble because of those staggered entrances which are the defining feature of a Royal Rumble.  Sure a Royal Rumble can go on for a rather long time which is whole PPVs are built around them, but the benefit is that the pacing allows for multiple storylines to play out in the ring.  Contrast that with a Battle Royale which are MUCH better for pre-shows where everyone is in the ring at the start and it usually devolves into chaos until the last five or so competitors are left.  The latter is basically what happens here; it’s not until everyone has made it to the ring that it stops being about random spots and constant eliminations to play out into something more substantive; all of which is fine, but the fact they stagger the entrances makes it feel like more should be happening throughout.  It also isn’t helped by the camera work which missed a few eliminations, and while I would normally cut them some slack considering how chaotic this was (some of the more prominent wrestlers got thrown out with little fanfare during other team’s entrances), this is a problem that ended up persisting throughout the entire show and I’ll make sure to point it out when it happened during other matches.