I heard a lot of good things about this movie going into it, but what really grabbed my attention was finding out that this was directed by The Daniels. Their previous film, Swiss Army Man, was a pretty fantastic little indie film (that I did a pretty poor job reviewing despite giving it a good score) and I’d always wondered what they had been up to since then. You probably don’t need me to tell you if this movie is good given how far-reaching the praise has been for it (and the fact that I’m reviewing it almost a month after its release), but maybe my little voice out there in the universe will ultimately make a difference for someone! Is this as great as everyone says it is, or will I be the bearer of bad news that’s about to rain on everyone’s parade? Let’s find out!!

Evelyn Wang (Michelle Yeoh) is not very happy with her life. She runs a laundromat with her husband Waymond (Ke Huy Quan), her father (James Hong) has health issues and needs to be taken care of, and her daughter Joy (Stephanie Hsu) is bugging her about something when all she wants to do is keep everything from falling into chaos. Throwing a wrench into her plan is the IRS who is auditing her business, and the agent assigned to her case (Jamie Lee Curtis) is not exactly the most amenable to her stressful situation. Sometimes you just have to wonder where things went wrong and if there’s a better version of you out there. Fortunately for Evelyn though, she gets an answer to that question when her husband starts acting very weird and tells her to wear these wireless earpieces that end up sending her to alternate dimensions. It turns out that Evelyn may just be the key to solving some sort of inter-dimensional timey-wimey nonsense and that her husband is being controlled by a parallel version of him from the Alpha-verse that is able to hop dimensions and is searching for a way to stop a terrible threat that is about to shatter all of existence. Sort of a lot to drop on someone already struggling to make it through the day, but when the alternative is talking to someone at the IRS, it’s pretty easy to figure out which is the better option! Evelyn has to find the strength within her and put everything she holds dear on the line in order to save the future (or something like that), but can she juggle the problems of multiple versions of her life when she’s struggling just to deal with the one she’s got? What is this all-powerful threat that Evelyn needs to face, and is Alpha Waymond keeping some very important secrets from her? Can you apply deductions from businesses in an alternate reality, or do you need separate filings for each parallel universe?

Do you remember the last time an Asian man or an Asian women were the protagonist or even the romantic interest in a Romantic Comedy?  The last one I can think of was Hayden Szeto in The Edge of Seventeen, and even then the role was rather tertiary.  Thankfully we have the director of Jem and the Holograms (ugh…) making a movie that not only centers Asian actors in the leading roles, but is filled to the brim with Asian actors the same way… well ninety-four percent of films are with white actors.  Does this Romantic Comedy turn out to be one of the better examples of the genre on top of being a huge boon for representation in Hollywood, or is this a great opportunity that is ultimately squandered by a less than stellar outing from Jon M Chu?  Let’s find out!!

Rachel and Nick (Constance Wu and Henry Golding) have been going out for some time now and are enjoying their pretty average life in New York City with her being a College Professor of Economics and him… actually I’m not sure what he does, but they’re just great together and Rachel couldn’t be happier!  All that changes however when Nick tells her that his best friend Colin (Chris Pang) is getting married in Singapore, which is where his family JUST SO HAPPENS to live, and that it’d be great if she would go with him.  On top of that, Rachel’s college friend Goh Peik Lin (Awkwafina) lives in Singapore too and she’s been meaning to visit, so why the heck not?  It’d be nice to meet his family, right?  WRONG!!  As it turns out, Nick is SUPER rich and comes from a wealthy as heck family which comes as a surprise for Rachel, so now she has to deal with Rich People Problems and being looking down upon for being a lowly… professor.  Hey, when you’re as rich as Nick’s family is, being a professor might as well earn you minimum wage!  And so Rachel’s vacation/torture begins as she gets to experience the opulence of Nick’s life while also fending off his controlling mother (Michelle Yeoh), a jealous ex-girlfriend (Jing Lusi), and anything else this new world wants to throw at her!  Will she be able to make it through the weekend with her mental health and dignity in tact?  What does it mean for her relationship with Nick if this is the family that she’d be a part of?  How the heck did the guy behind Jem and the Holograms turn out to be THIS talented!?  Why did that even happen if he’s capable of doing something like this!?

END_OF_DOCUMENT_TOKEN_TO_BE_REPLACED 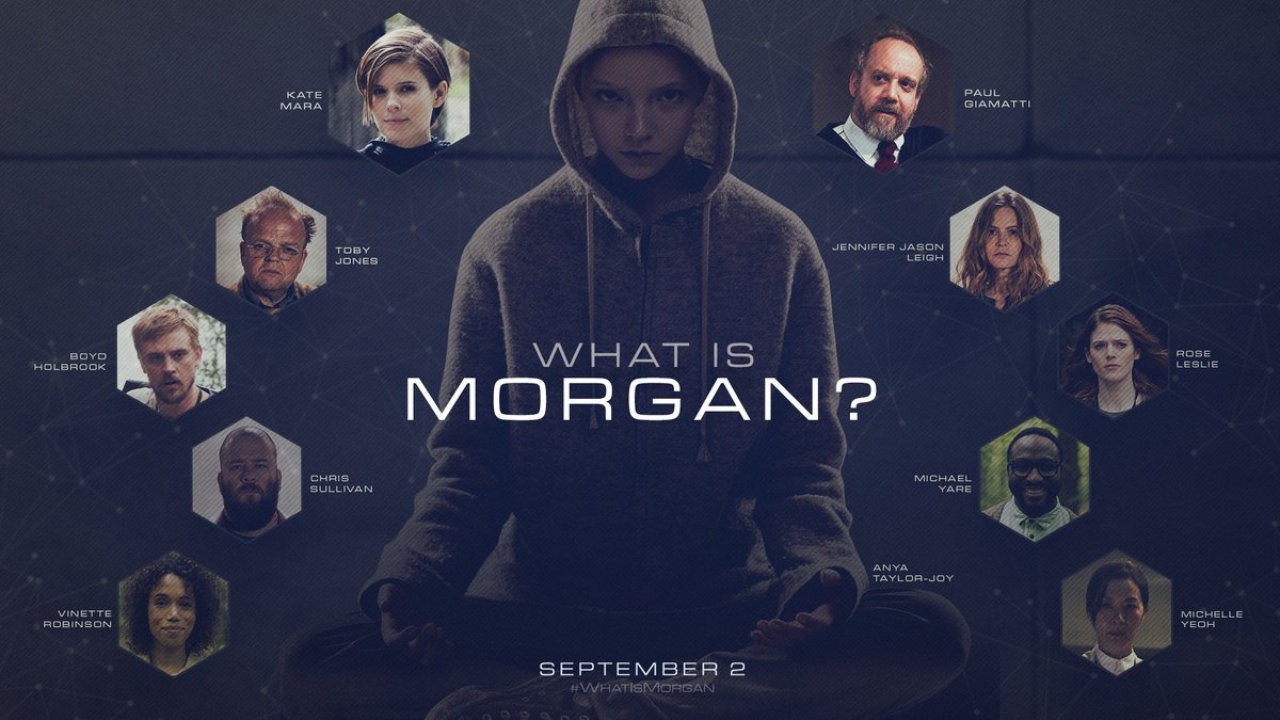 I think I actually managed to avoid every trailer for this movie (if I did catch one, then I quickly forgot it) because I know next to nothing about this movie other than there’s some woman who’s got powers or something.  Frankly, it looks like something right up Fox’s alley to the point that I wouldn’t be surprised if the big twist at the end is that Morgan gets enrolled in the Xavier School for Gifted Children, though there might be a bit of awkwardness considering where this movie looks like it’s gonna go.  Then again, they gave Wolverine a pass and that dude’s only power is to kill people and not get hurt doing so.  Anyway, will the latest Fox sci-fi thriller be something to keep the company relevant and afloat until they can rush out the Deadpool sequel, or does this science gone wrong escapade turn out to be just as bad as Fantastic Four?  Let’s find out!!

The movie is about some sort of science project by THE CORPORATION (*COUGH* Tyrell Corp *COUGH*), that seems to have gone off the rails when one of the scientist (Jennifer Jason Leigh) was stabbed in the face by their test subject known as Morgan (Anya Taylor-Joy) who is a… synthetic human I guess?  After the incident, a Risk Assessment officer (Kate Mara) is sent by THE CORPORATION to find out what the hell happened and if the project should be terminated.  I would have terminated the project when it turned out they were KEEPING HER IN A LOCKED CELL UNDERGROUND, but what the fuck do I know?  Things seem to be going okay for the most part as the scientists are still very enthusiastic about keeping the project going (including Jennifer Jason Leigh) and Morgan seems to be no more harmful than anyone else who you’d keep under a microscope twenty four hours a day.  Still, this wouldn’t be a movie if things didn’t go horribly wrong and needless to say that bringing Paul Giamatti into a situation never ends very well; especially when you get a guy that hammy to assess someone else’s current mental state.  Will Morgan turn out to be the monster that Kate Mara thinks she is?  Was she actually sent there to see if the project is on track, or were the more nefarious motivations at play?  Most importantly, who the hell keeps dressing Morgan up in those awful hoodies!?