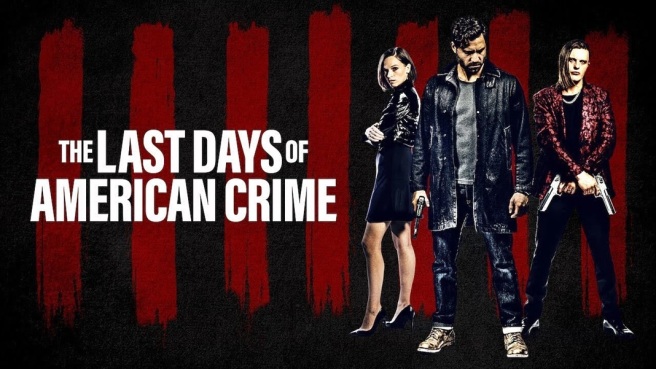 With the world descending into righteous fury at the systems that have failed them for generations, there hasn’t been a whole lot of film news out there that has kept me on a regular routine which will certainly be a lurch if things DO ever get back to normal and they finally start releasing those movies we were supposed to get months ago.  The only thing I’ve seen AT ALL about film in the last week or so (besides the Bill and Ted trailer which dropped the day I’m writing this) is some movie on Netflix getting the coveted ZERO PERCENT ON ROTTEN TOMATOES award, so here we are I guess; I’m gonna waste my time watching a movie that everyone already knows is terrible and it’s somehow going to be the most productive thing I’ve done since I, a grown-ass man, vomited up two thousand words telling you why the Scooby-Doo movie wasn’t very good.  Can this movie with a very unwieldy title at least be better than THAT movie; especially since this has the edge of NOT charging you an arm and a leg to see it?  Let’s find out!!

The movie follows a man named Graham Bricke (Édgar Ramírez) who certainly acts like such as he joylessly and emotionlessly goes from one horrific violent crime to another in what I can only assume is a near-future Michigan that’s about three months and a few missed orders from Deer Park from turning into a Mad Max hellscape.  Things are about to be changed for the better, at least as far as the government is concerned, as  they’ve developed a SUPER SCIENCE MIND CONTROL SIGNAL that will prevent anyone from knowingly committing a crime which I’m quite certain is what those 5G conspiracy theorists believe is actually going to happen.  In any case, the people in this movie haven’t figured out how tin foil hats work and so they’ve resigned themselves to losing their free will; at least in the United States.  Canada hasn’t developed a MIND CONTROL RAY and so the border has become fully militarized as people get shot to pieces trying to cross; all of which sounds like the filmmakers are trying to make a point but darned if I can find out what the heck this movie is trying to say!  Bottom line is, Bricke gets recruited by some dude named Kevin Cash (Michael Pitt) for one last heist to steal a whole bunch of money from a government vault in the city before booking it for the Canadian border mere minutes before the government turns on their MIND CONTROL RAY and who have helpfully provided everyone with a countdown clock to the second as to when that will happen.  Joining the crew is Cash’s girlfriend Shelby Dupree (Anna Brewster) who may or may not be the brains of this operation, and throw into that a conspiracy involving the death of Bricke’s brother to make a perfect storm of bad planning and bad timing for this heist that has to go off without a hitch!  Can Bricke outrun his own past and set himself up for a nifty little retirement in the land of hockey and poutine?  Does Cash have an ulterior motive to all of this that could get in the way of Bricke’s meticulous professionalism and throw this whole operation into chaos?  If you were going to follow anyone into a ridiculously convoluted heist, would it REALLY be a guy who looks like an off-brand Jason Mewes?

END_OF_DOCUMENT_TOKEN_TO_BE_REPLACED

Honestly?  I’ve been looking forward to this movie for months!  Now that’s not to say I thought it would be GOOD as the trailers didn’t seem to have much going for them, but there’s always hope that a property this primed for a big budgeted thrust into the mainstream will bring something interesting to the cinematic landscape, and even if that fails it will at least create a renewed interest in the original franchise and possibly some interest in making more movies like it.  I’m not the only one hoping for another live Action Dragon Ball, right?  As bad as Evolution is, it’s at least ENTERTAININGLY horrible!  So does this manage to subvert expectations and ACTUALLY be a solid entry in the Ghost in the Shell franchise, or was this project doomed from the start?  Let’s find out!!

In the near future where this movie takes place, we’ve successfully been able to recreate Deus Ex as the human population is becoming increasingly more mechanized through robotic augmentations and cybernetic implants.  However, now that every Average Joe can have a bazooka grafted onto their arm, Future Tokyo (at least I think that’s where this is set) has created a new Government Security Force known simply as Section 9 which deals with terrorist threats raised by Bionic Bad Guys!  One such Bad Guy is Kuze (Michael Pitt) who’s been offing several robotic scientists who work for the Hanka Robotics corporations, and it’s up to The Major (Scarlett Johansson) along with her team of Section 9 bad asses to stop him!  At least that seems to be the idea, but as the investigation goes on, The Major starts to question if she’s been told everything or if secrets are being kept from her.  You see, she’s basically just a brain in a metal casing which means she’s the most augmented-est person in the whole world, but that might not be ENTIRELY the truth.  Can The Major uncover the truth behind these mysterious killings and the motivations of the terrorist behind them?  What will she find once she digs a bit deeper into her past!?  Most importantly… how did they manage to make this feel so uninspired!?