I was probably on the kinder end of things than most people when it came to Suicide Squad; the DCCU’s attempt to be fun and wacky that ended up having all the edge of a limited edition holo-foil issue of Spawn from 1994.  In its own tacky cobbled together way it did manage to eek out a bit of charm, but what people mostly remember from the movie was the performances; namely one Harley Quinn played with gusto by the phenomenal Margot Robbie.  Now that we’re more or less in DCCU 2.0, it makes sense for this character to be given another shot away from the baggage of the movie that came before; even from the studio itself as Robbie basically put this thing together with Warner Bros maintaining a mostly hands off approach.  Is this the breakout hit that Warner Bros has been hoping for yet could never make themselves, or is this a desperate Hail Mary that misses by a mile?  Let’s find out!!

Harleen Quinzel (Margot Robbie) has had a rough go of it lately.  She grew up with scary nuns, she had a string of bad relationships, she did at least get her college degree and became a psychiatrist but even THAT didn’t work out when she met some dude in clown makeup, and on top of that she had to fight a an ancient demon witch person or else have a bomb explode in her neck!  Fortunately she’s out of prison and she even dumped the clown dude so she’s ready to start her life anew!  A new pet, roller derby, and COPIOUS amounts of alcohol to deal with the unresolved feelings that she’s left with now that she’s single and away from the clown that made her life miserable.  BUT ENOUGH ABOUT DAVID AYER (Ba-dum-tiss!), with the Joker in her rearview mirror it has given her a lot more freedom but also the ire of ALL the people they screwed over in the past, and as the one on the short end of this breakup some of them are ready to take their vengeance!  One such vengeance taker is Roman Sionis (Ewan McGregor) who’s a mid-range mob boss with a hot temper, enough toxic masculinity to smother ALL the adorable baby ducklings of the world, and an alter ego just one step below Taser Face; BLACK MASK!  Complete with second rate Die Hardman cosplay!  Him and his associate Victor Zsasz (Chris Messina) are not only after Harley but ALSO after a diamond that somehow ended up in the hands of a young street hustler named Cassandra Cain (Ella Jay Basco) and so perhaps there’s a way to kill two birds with one stone there, and on top of ALL that we also have a singer at Victor’s club named Dinah Lance (Jurnee Smollett-Bell) who’s looking for a way out of the life, a mysterious crossbow killer (Mary Elizabeth Winstead) who’s hunting down gangsters, Renee Montoya (Rosie Perez) who’s stuck trying to untangle all these messy knots.  Will Harley Quinn escape the payback that’s owed to her after working with the Joker for so long?  Why is Roman so intent on getting this diamond, and who else may be gunning for it?  Why DO they end up calling themselves the Birds of Prey anyway?

END_OF_DOCUMENT_TOKEN_TO_BE_REPLACED

So the Will Smith Renaissance hasn’t quite gone as well as say the McConaissance, but his uptick in roles in the last few years has been pretty enjoyable for the most part with him being one of the best parts of the trashy fun Suicide Squad, and as bad as Bright was he did have pretty good chemistry with Joel Edgerton.  Now he’s working with either his best or his worst co-star of all time… HIMSELF!  Does this action spectacular with Will Smith fighting Will Smith turn out to be one of the best movies of the year, or did the good parts of this movie begin and end with its sill premise?  Let’s find out!!

Henry Brogan (Will Smith) is just like every other aged government assassin who wants to retire and live the rest of his life in leisure, but of course something happens where the government decides that the one thing they should try to do to the unkillable solider is try to kill him.  The reason given here is that he stumbles upon some information that could eventually lead to him finding out about a mysterious project known as GEMINI, and the director of the project Clay (Clive Owen) doesn’t want him finding out more.  After barely escaping with his life and the life of the government agent tasked to keep an eye on him Dani (Mary Elizabeth Winstead), he starts searching for clues and calling in favors from all his contacts to get to the bottom of what it is that Clay is so desperate to hide from him.  Well at least part of the answer comes a lot sooner than he expected as he starts getting chased by another assassin called Junior (Will Smith) who bears a striking resemblance to Henry circa 1991.  Can Henry survive long enough to find out just what Clay was up to and maybe even spare Junior in the process?  What will Junior do now that he’s starting to learn the truth?  Will he stay loyal to Clay and GEMINI or are these revelations enough for him to question everything he knows and the people he has trusted his whole life?  If they could just clone people in this world, why haven’t they ACTUALLY cloned Will Smith and tried to make a GOOD version of Wild Wild West?  At least make a version of the Matrix with him!

END_OF_DOCUMENT_TOKEN_TO_BE_REPLACED

From the guys who brought us Dogboarding and the Turn Down for What music video, we now have the feature film debut of the duo simply known as DANIELS (Dan Kwan and Daniel Scheinert).  A lot of great filmmakers started out with shorts and music videos before becoming household names, just look at Spike Jones, David Fincher, and Michel Gondry.  True, that list also includes Michael Bay, but you can’t peg a winner EVERY time, and it’s not like he’s never made ANY good movies!  Can these green filmmakers prove themselves to be the next big thing with their movie about a farting Daniel Radcliffe corpse?  Let’s find out!!

The movie begins with Hank (Paul Dano) who’s been stuck on a very small island for some time and is ready to kill himself when something washes up on the shore.  It’s not Wilson from Castaway, but instead is a dead body (Daniel Radcliffe) who seems to have the uncanny ability to fart continuously and forcefully enough for Hank to ride his ass back to civilization!  Well sort of.  He hops aboard the Daniel Radcliffe express and washes up on a new shore, but there’s a forest between him and presumably other people, so he starts hiking his ass through the woods carrying the dead body with him in case he needs anything else from it.  At one point though, it’s clear that this is more than a magical farting corpse, but is instead a LIVING magical farting corpse who actually has all sorts of wacky powers that are discovered along the way.  Hank gives him the name Manny and they quickly become friends because… well there isn’t anyone else around, now is there?  Manny by the way has a whole lot of questions about what it’s like to be human and about life itself, so Hank has to keep answering these annoying and probing inquires while he uses the body to get whatever he needs to survive.  Is the body actually alive which would mean Hank isn’t as crazy as he thinks he is?  What is the story behind Manny in the first place and are there memories to be uncovered?  Were the filmmakers dared to see how many fart jokes they can put in a movie and STILL get it to be an indie darling?

END_OF_DOCUMENT_TOKEN_TO_BE_REPLACED 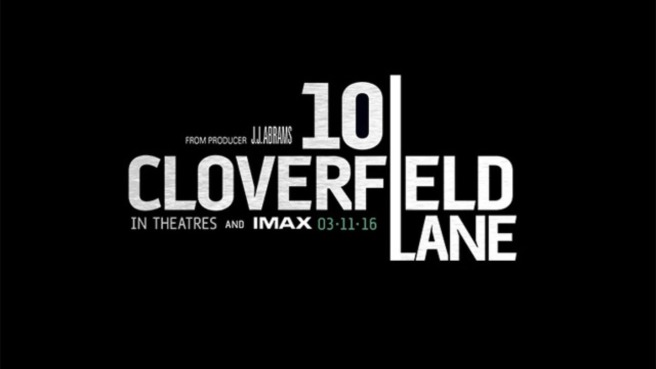 Look, I barely remember the original Cloverfield, so I’m not gonna have a clue if this has any connection to it other than if the monster itself shows up for a cameo.  That seems to be working in my favor though because the movie is not being sold as a direct sequel (some are calling it a “blood relative” of the original) and it also means I won’t be distracted by looking for connections or hidden Easter Eggs while watching it.  Besides, who needs ANY of that giant monster stuff when the real monster is… man?  Yeah, it seems to be one of those movies (aggressively small cast in a claustrophobic environment) which can be REALLY compelling if all the pieces come together correctly; leaving very little room for error considering how sparse the resources they have to work with are.  Is this going to be an amazingly taut thriller for the modern day, or will this be a simple cash grab for a studio that didn’t have faith in a bottle film making enough money without attaching it to a completely unrelated movie?  Let’s find out!!

The movie begins with Michelle (Mary Elizabeth Winstead) leaving her husband for unknown reasons and eventually getting into a car crash on her way to… somewhere.  That’s not too important though as she wakes up to find herself in a small cell; shackled to the wall like a prisoner of some kind.  It doesn’t take long for her captor to reveal himself (Howard played by John Goodman) and inform her that the world has more or less ended while she was unconscious, and that he’s taken her to his fallout shelter to ride out the apocalypse.  In the bunker as well is Emmett (John Gallagher Jr) who doesn’t seem to be thrilled sharing a space with Howard, but somehow finagled his way in as a way to survive whatever it is that’s going on outside.  Without any real information to go on, Michelle eventually capitulates into staying with Howard and Emmett for the time being, but also seems cautious of Howard who is clearly a psychological mess, and extremely dangerous.  Can the three of them survive whatever is going on outside by staying in this bunker together, or will they all kill each other in the process?  What exactly IS lurking out there that they need to be protected from?  Will Howard at any point take a chill pill!?