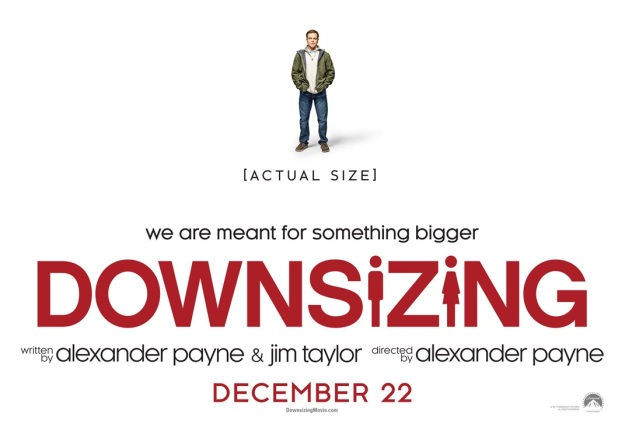 Every year, there’s usually one movie that starts off getting quite a bit of Awards buzz (mostly due to its cast and filmmakers) that eventually pivots all the way back to being an absolute train wreck once the critics get a chance to see it, and it’s usually not due to a genuine lack of talent on anyone’s part.  More often than not, it’s misguided or something happened in the production that forced corners to be cut, so the badness of these kind of movies tend to be UNIQUE compared to the drivel that usually comes out during the rest of the year.  Last year the winner of this prize was Collateral Beauty that tried SO hard to be a heartfelt and charming tale despite ostensibly being about people acting like total monsters towards someone with emotional issues, and word has been circulating that this is gonna be that film for 2017.  I thought the trailers looked good as does its interesting premise, but I’ve been burned by good trailers before (*cough* Mother *cough*), so I’m hoping for the best but will keep my guard up just in case.  Are the critics right about this film being wholly unable to live up to its lofty ambitions, or is this one of those few instances where the popular consensus will shift once it gets screened for the masses?  Let’s find out!!

The movie follows the adventures of Paul (Matt Damon) who’s a simple man with a ho-hum job living a ho-hum life with his ho-hum wife (Kristen Wiig) in his ho-hum town of Nowhere-ville.  He’s looking for something to spice up his life and to give him a renewed sense of meaning (by which I mean he wants to buy more stuff), so he starts to entertain the idea of him and his wife Downsizing.  What is Downsizing you may ask?  Well it’s a process by which a human can be permanently shrunken down to a fraction of their normal height and then move to a community of similarly shrunken people.  Since things cost less when they are smaller, that means that Paul’s meager life savings can let them live as kings for the rest of their lives in one of these communities, so he eventually makes the leap.  However, his wife doesn’t go with him (balking at the last second) and he’s basically back where he was before; miserable and looking for ways to be happy.  Through his ongoing life in Tiny Town (also known as Leisureland) he meets with a goods trader Dusan Mirkovic (Christoph Waltz) as well as a Vietnamese protestor who was Downsized against her will named Ngoc Lan Tran (Hong Chau) that seem to be much happier than him and might just hold the secrets to helping Paul find what he’s been looking for.  Can Paul find a shred of happiness in his sad pathetic life?  What doors with Dusan and even Ngoc open for Paul that will help him on his journey?  Wait, so we have this HUGE premise about people being shrunk down and living in corporate run micro-communities… and we’re focusing on some sad white dude the whole time!?

HE’S NOT EVEN THE MATT DAMON THAT PUNCHES PEOPLE!

END_OF_DOCUMENT_TOKEN_TO_BE_REPLACED 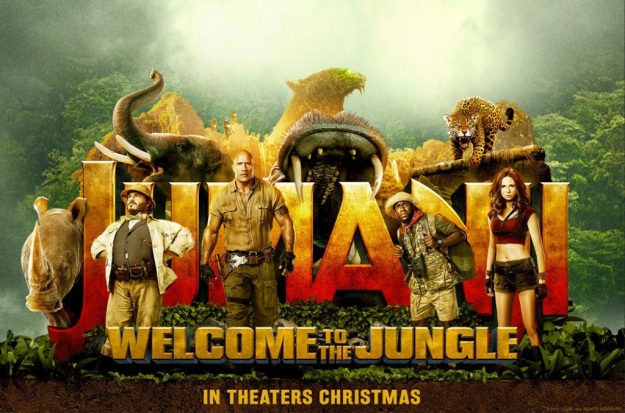 Jumanji: Welcome to the Jungle and all the images you see in this review are owned by Sony Pictures Entertainment

So I guess the nineties nostalgia train is just gonna keep on rolling until it either runs out of steam or derails horribly (the latter probably if someone gets the idea to do a Cartoon Network Cinematic Universe), and this latest stop on that journey might be the most baffling yet.  Sure the original film is a straight up classic (don’t yell at me!  It is!), but did it really have the kind of cultural impact to make what I GUESS is supposed to be a sequel some twenty years later?  Maybe that’s why they got one of the most reliably bankable stars right now to take the lead, which to be fair is EXACTLY what they did in the original.  Either way, does this manage to live up to the fantastic film that preceded it, or is this yet another soulless cash grab desperately pandering to millennial nostalgia for a quick buck?  Let’s find out!!

The movie follows the story of a group of kids stuck in detention for various reasons when they JUST SO HAPPEN upon a video game console that looks kind of like a TurboGrafx-16.  Inside there is only a single cart called Jumanji which they decide to play because apparently detention in this school goes unsupervised; especially when its being served out in a storage room full of all sorts of precariously stacked sports equipment and I guess haunted video game consoles.  The four kids, Spencer, Bethany, Fridge, and Martha (Alex Wolff, Madison Iseman, Ser’Darius Blain, and Morgan Turner) get sucked into the video game and turn into three character actors and a leading man in the process and now have to find a way to beat the game in order to get back to the real world.  Dr. Smolder Bravestone is Spencer’s character (Dwayne Johnson) takes point due to his video game knowledge and brand new smoking bod, Franklin Finbar is Fridge’s character (Kevin Hart) is the animal expert with an infinitely deep backpack, Ruby Roundhouse is Martha’s character (Karen Gillan) as a Playstation 1 era female protagonist, and Professor Sheldon Oberon is Bethany’s character (Jack Black) who knows how to… read maps I guess?  Anyway, the four of them have to work together in order to complete their mission of getting some sort of jewel back to its sacred resting place before the EVIL Van Pelt (Bobby Cannavale) shoots them all in the head and takes the jewel for himself.  Will these four brave (or at least sort of brave) heroes manage to put aside their differences and work together to escape this CryEngine tech demo?  What secrets are hiding in this jungle, and will those secrets contain references to the previous film?

END_OF_DOCUMENT_TOKEN_TO_BE_REPLACED 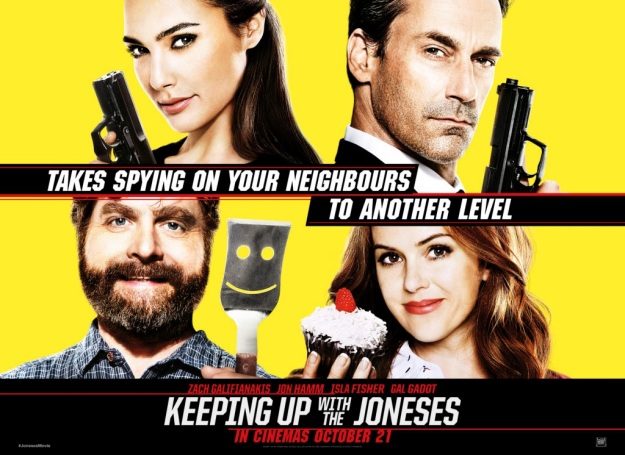 Are you SURE I didn’t see this last month?  I’m just getting the weirdest sense of déjà vu right now…  Well either way, we’re stuck with another Zach Galifianakis comedy to throw on the pile, and the Unique Selling Point here is that it’s a spy movie.  Sigh… Really?  We just got a dumb criminal movie; now we’ve got him dicking around in the most overplayed genre of the year!?  Well, who knows?  Central Intelligence managed to be good despite its rather weak spy angle, and while Masterminds had a pretty strong cast as well, THIS one has sexiest man alive who’s named after food, Jon Hamm, as it’s costar!  Maybe this could end up being really good!  Right?  Let’s find out!!

The movie follows the Typical American Suburban CoupleTM  made up of Jeff Gaffney (Zach Galifianakis) and Karen Gaffney (Isla Fisher) who are living out what some dumbass Hollywood executives must believe are the normal lives of middle class white people.  Jeff works at some defense company as the Human Resources manager which means he basically wastes people’s time and lets them use his computer for personal stuff.  Basically he’s a doormat that’s merely tolerated by his peers, but he’s perfectly happy to live this life of quiet desperation for some reason and will probably be behind his crappy little desk until the day he keels over and dies.  Those plans start to change though as the cul-de-sac gets new neighbors in the form of Tim Jones (Jon Hamm) and Natalie Jones (Gal Gadot) who are pretty bad at their jobs as they are OBVIOUSLY spies.  In fact, they are so unsubtle about this that Karen picks up on it immediately and it doesn’t take long for her suspicious to be confirmed.  By the time this happens though, both she and Jeff have already been dragged into some sort national security operation to prevent some sort of black market sale that was happening right under Jeff’s nose as SOMEONE who’s been using his computer was setting it all up from there!  Now the two couples have to work together to save the world or something, and I’m SURE Jeff and Karen are gonna pull their weight in this situation and not be total albatrosses hanging around the necks of these two professional spies who ACTUALLY know what the hell they’re doing.  Who is the person setting up the sale that will threaten national security, and why did they have to be a dick about it by using Jeff’s computer?  The Joneses may seem like the perfect power couple, but are there issues that they aren’t addressing?  Was anyone looking forward to this?  Like… at all?