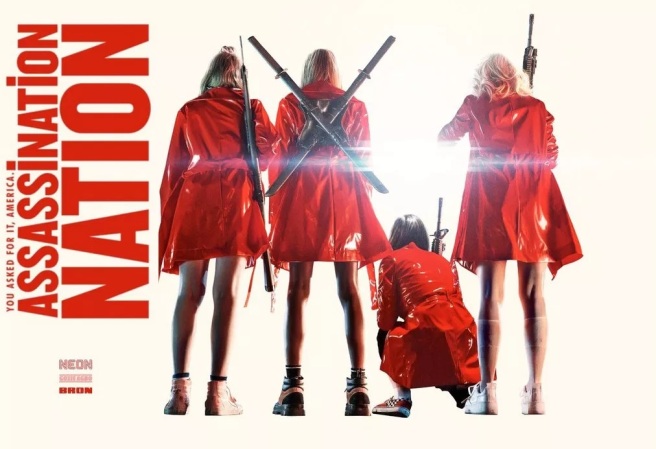 Wow, people are really liking this, aren’t they?  Unlike Mandy or The Predators, I actually did catch a trailer for this at some point so I knew it was something like The Purge but also about divulging personal information, so basically that episode of The Simpsons where the kids reveal all their parents secrets, only with a MUCH darker ending.  Still, The Purge films are a pretty high bar to reach even if NEON has a pretty solid track record with their movies.  Can this latest effort from a much smaller studio hope to compete with the franchise that got to the party way earlier and with a much bigger studio behind it?  Let’s find out!!

Lilly, Sarah, Bex, and Em (Odessa Young, Suki Waterhouse, Hari Nef, and Abra) are four teenage girls in the town of Salem; living out there days being the baddest crew in school who appreciate the little things in life; such as gossip, boys, and tearing down the patriarchy!  One day a hacker starts leaking personal information of Salem’s citizens; starting with the corrupt mayor, but then moving on to the kind principal and then eventually everyone else.  The secrets being revealed are causing some… stress you could say with some people opting to wear masks, others starting violent militias, and everyone just going all in on showing the worst sides of themselves.  Homophobia, transphobia, racism, misogyny, all of the above and more, just starts running rampant once the façade has been stripped away by the leaked data.  One of the more prominent victims turns out to be Lilly who has her own secrets she was trying to hide and makes her a pariah to basically everyone except her friends who are standing with her, at least for now.  What more could be revealed that could make the situation even worse than it is?  Just how far will these people go to inflict pain on others for dubiously justifiable reasons as well as to cover up what secrets they may have themselves?  Is it just me, or do things seem REALLY tense lately!?

END_OF_DOCUMENT_TOKEN_TO_BE_REPLACED 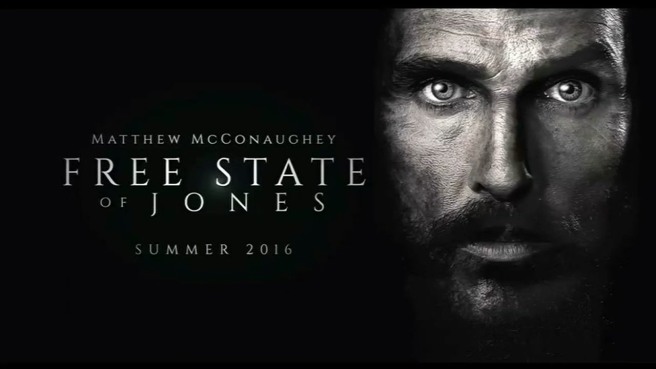 Good old STX Entertainment!  They’re the little studio that’s trying so hard to be a respectable outfit, and sure enough they do have some good films under their belts like Hardcore Henry and The Boy… but then they also did Secret in their Eyes, which… yeah.  Let’s not go there again.  I hear The Gift is good at least!  Anyway, they’re latest effort is the quote, unquote, HISTORICALLY ACCURATE film based on a the man who started a rebellion within The Confederacy during the Civil War.  Does STX Entertainment have another notch in their belt with this Matthew McConaughey led biopic, or is this another disaster like… that one movie they made?  Let’s find out!!

The movie follows the tale of Newton Knight (Matthew McConaughey), an army doctor for the Confederate Army who knows that they’re fighting and dying for rich white dudes to keep slaves.  Well, that and to keep the status quo of dehumanizing black people, but I’m SURE that’s not crossing any of these poor farmers minds as they march forward into battle.  It’s certainly not on Newton’s mind, THAT’S for sure!  Anyway, when his… relative (I think his nephew) gets shot and killed in the battlefield, he deserts the army and goes home to deliver the dead body to his sister and to see his wife and son again.  Eventually, he makes his presence known to local Confederate tax collectors (or rather Looters) when he starts stopping them from collecting way more than ten percent of the local farmers’ goods and is forced to hide out in the swamp with escaped slaves to wait out the war I guess; one of whom is Moses (Mahershala Ali) who is looking for his family and becomes a lifelong friend of Newton.  At some point though, Newton is unable to sit still any longer and ends up turning the runaway slaves and other deserters into a functioning society within the swamp that apparently the Confederates are completely unable to overtake and they soon become a huge thorn in their side as they start raiding supply wagons and burning rich peoples’ stuff.  That’s only half the movie though as eventually the war does end and we transition from the armed rebellion to Newton fighting for the rights of his fellow citizens who are now FORMER slaves in an area this not too happy about that.  So how exactly did Newton manage to outlast the Confederate army throughout the rest of the Civil War?  Are he and his friends any safer after the war than they were before?  Does Matthew McConaughey have a beard, or did something die on his face?