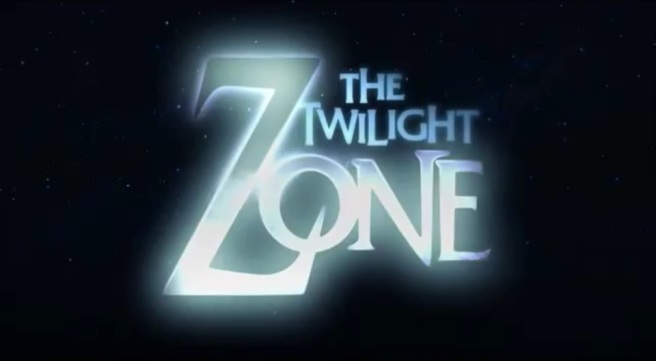 We’re back with more of The Quarantine Zone, as the current health crisis has certainly given me enough time to finally finish this series off and not a whole lot else.  I mean they’re gonna put Scoob out on VOD soon, but other than that it’s either this show or staring at the ceiling all day.   Things are not all bad however as this has certainly given me more than enough opportunities to laugh, think, and derisively snide at it from episode to episode.  Where will this one fall?  Let’s find out!!

The episode begins with Marcus AKA Picasso (Todd Williams) sitting in a car with a bunch of his fellow gang members who call themselves THE DEUCES  as they watch a guy paint on a wall.  Not exactly what I’d expect a gang to be spending their evenings doing (even one that’s given themselves such a hilarious name) but it turns out that the wall this guy is painting on was tagged by Picasso and the guy is covering it up; so under threat of teasing and name-calling, Marcus goes out there to confront the mysterious painter.  Unfortunately for Marcus, the painter can smell the wussy coming off of him and isn’t the least bit deterred when Marcus tells him to stop doing it; going so far as to chuckle when he pulls out a gun and shakily tells him that he’s serious!  Sadly this guy’s bravado in the face of danger only gets him so far as he goes the extra mile to try and take the gun out of Marcus’s hand which then goes off without warning; killing the artist who REALLY should have thought twice about grabbing the barrel and pointing it RIGHT at his midsection.

Okay, I’m probably being a bit glib here with Marcus, and while I may question WHY he joined the gang in the first place if he’s such a weenie, there’s no doubt that the actor does a great job with a character that has quite a bit of nuance.  It’s kind of refreshing in a very broad and early 2000s sense that the show has taken typical black character actor roles like rappers in Another Life and gang members in this one and made it ABOUT subverting the masculine power fantasies that such roles often portray.  Again, it’s nothing THAT special compared to the improved representation we have nowadays (that no doubt still has a LONG way to go), but I’ll give them credit where it’s due in regards to writing interestingly flawed characters for non-white actors.  Then again, Marcus’s fellow gang members are about as clichéd as you can get with the only standout POSSIBLY being his girlfriend Shauna (Enuka Okuma) who at least sees the tension brewing up in Marcus and is trying to resolve it while still being pretty much a gang member’s girlfriend stereotype.  We’ll call it a mixed bag overall when it comes to characters, but at least they focus most of their time on Marcus and the show has a solid premise to boot!  Feeling guilty about what he accidentally did in that alleyway, Marcus returns to the scene of the crime after the body has been removed and finds that the wall the artist was painting now has a depiction of the man’s dead body on it.  Fearing that someone saw him in the act, Marcus covers up the artwork with a nice splotchy smear of black spray paint before running face-first into some cops who start to rough him up a bit but thankfully some dude is inside the patrol car who knows Marcus and tells them to back off.  This guy Rosas (Paul Rodriguez) is a gang counselor who clearly wants to get Marcus out of the life and… well, how to put this.  This guy is like the corniest substitute teacher you’ve ever seen, but it KIND of works here because the thing about this episode is that it could easily play as an After School Special, given its subject matter and the themes it’s going for.  Wait; do kids even know what an After School Special is anymore?  Shoot, their cartoons don’t even have VERY SPECIAL EPISODES like when Captain Planet tried to battle AIDS misinformation or Static Shock had to stop a school shooting.  Heck, kids probably don’t even know who those two are!  Frankly, the closest thing we have nowadays is whatever the heck Tyler Perry sticks his name on, so in the interest of getting THE KIDS to understand this; imagine Rosas as a slightly less sassy Madea without the unbearable mean streak.

The rest of the episode mostly consists of Marcus being besieged on all sides; none of which are helping out his guilt.  He doesn’t just have to deal with the BIG OBVIOUS issue of the wall spontaneously added details of the crime that he has to go back and cover-up; he has to deal with Rosas who knows what he did and wants him to come clean about as well as his fellow Deuces members who don’t like him talking to the narc who and possibly spilling gang secrets.  He tries to cover up the wall, but that doesn’t work as he turns away for a second, and its back up there revealing more and more about the shooter.  He tries to convince his gang buddies that there’s nothing going on between him and Rosas but even he doesn’t truly believe it as Rosas does seem to be getting to him the more motivation speeches he hears from the guy.  It eventually comes to a head at the Deuces’ ramshackle headquarters that looks about as authentic as a Grand Theft Auto mission where Marcus sits there sweating in the middle of a circle of angry dudes wondering how best to dispose of the body if his loyalty is truly in question.  At that point his girlfriend bursts in and begs them not to shoot him in the face and that he didn’t mean to do what he did on that wall.  See, she’s under the impression that Marcus is the one tagging the wall with the crime scene out of some EXTREMELY intense form of guilt, and for whatever reason his fellow gang members are curious enough about this to take a look at it for themselves.

This is where things get a bit weird; like they wrote themselves into a corner and needed a quick way out to get to the ending.  Now if you were the leader of an illegal street gang and one of your newer members went and broadcasted his crime on the side of a building, especially when you already had concerns that he was soft or even a rat, wouldn’t you take one look at this and decide that said softie needs to be kept quiet; permanently?  Well not if you’re the vaulted leader of THE DEUCES, because the leader takes one look at this, chuckles, and deduces (de-DUCES if you will) that Marcus is NOT a wussy but instead has a lot of balls for doing this.  WHAT!?  I mean sure, bravado is important in establishing respect and control, but this is the kind of thing that would cause MAJOR disruptions for your organization; a man in YOUR colors publicly claiming responsibility for murder is not something that the authorities are going to overlook, and yet this is a sign that Marcus is TRULY a man!?  I don’t know, but the point of this scene is to establish that Marcus is no longer in trouble with the gang, and yet despite that, his guilt doesn’t ebb one bit.  Completely at his wit’s end, he spends all night going at the wall with a sledgehammer; knocking the incriminating portrait of its canvas and hopefully covering up his shame once and for all.  The Twilight Zone cannot be stopped by mere vandalism however as Marcus wakes up the next morning with a burning sensation on his chest.  He looks down to find that the image he worked so hard to remove from the wall is now sandwiched between his nipples!

Marcus starts running as fast as he can to Rosas; screaming his confession and trying to get him to look at his chest. When Marcus looks down however, the tattoo is gone; and yet he still knows what he has to do.  He tells Rosas that he shot the man and that he’s sorry.  Rosas knows that it was an accident and that he’s not really a killer which sounds good when he says it to Marcus, but I’m guessing the police don’t agree as the next thing we see is him in the back of a cruiser with cuffs on his hands; an uncertain future ahead of him but at least one that doesn’t involve phantom taggers and tattoo artists.  Why don’t you put the cherry on top of this cake, Mr. Whitaker?

“A mark on a wall, ink under the skin; easy enough things to remove with enough pain and effort.  But only an of contrition could erase the tag on Marcus Fisher’s soul… in The Twilight Zone.”

The whole episode is SUPER corny to be sure given the stereotypical gang members on display and Rosas’s histrionics throughout, but there’s some genuinely strong character work throughout this episode with Todd Williams turning in one heck of a performance as the troubled and rather sensitive Marcus.  There’s no doubt that he SHOULDN’T have put himself in the position to shoot that guy in the first place, but then judging him for doing what he had to do to survive in that world kind of misses the point of the story; as would be condemning him outright or stripping him of his humanity to be the punching bag in a dark parable.  The episode I’m reminded of (not for the first time in these recaps) is A Nice Place to Visit about a bad man who finds himself in hell despite believing it to be heaven at first; a delicious piece of ironic moralizing complete with a sinister laugh to close the episode out on.  The problem with that episode is trying to condescendingly moralize to a caricature of a small-time crook when we know what TRUE evil looks like and it’s not that.  For the most part, this episode here seems to get that which is why Marcus’s story comes to a bittersweet conclusion instead of just pure bitterness.  The episode’s impact is dulled slightly due to how stock and cliché everyone else around him is, but that performance really does tie everything together and makes this one of the better episodes in the series.  Maybe it’s too corny, and maybe the moralizing is still a bit too broad, but for what it’s trying to do I think it more than succeeds thanks in no small part to a solid pick for their lead.  Good job, Twilight Zone!  Now can you keep giving me the good stuff until this whole “plague” thing is over?  That shouldn’t more than what, six months?  Two years at the most?