We’re back with Part 2 of this list!  Let’s not waste any time and jump right into the games!! 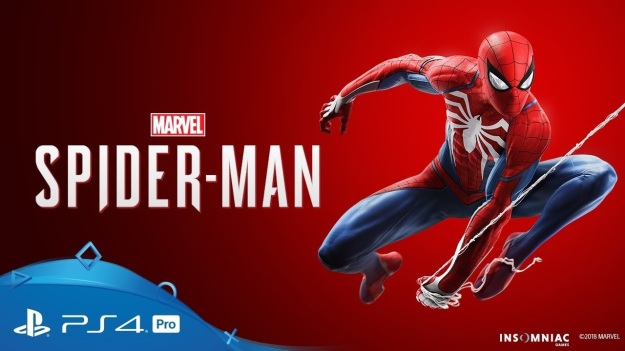 Am I getting too old for this?  I might be getting too old for this.  As I’m sure is a common consensus among those of us over twenty-five playing this game, I still feel a stronger connection to Spider-Man 2 from all the way back in the stone age than this one despite it still managing to be one of the best games I’ve played this year even if it can’t quite surpass my nostalgia for the one with Bruce Campbell in it.  I don’t know, I just feel that the new game is guiding me too much in my web swings; pulling visual tricks or redirecting my momentum to minimize mistakes, and while I will never claim that harder games are inherently better (or that players just need to “git gud”), I found the hectic and less controlled web slinging in Spider-Man 2 to be more rewarding and much more engaging on long trips to far off objective markers.  Other than that, the game is an improvement in every way.  The combat is fluid and allows for lots of varied combos, I LOVE it whenever a level has multiple levels so you can swoop in, kick butt, swing away, and come back to smash some faces one floor below, and even though the stealth sections are pretty unengaging, they at least function well enough.  That said, it can get a bit monotonous with some of the combat sections and I would have gladly traded all the battle challenges on the map for just one more fine-tuned and well-crafted story stages like the skyscraper one that was shown in the trailer.  Also, it felt a bit… anachronistic I guess to have the bad guys be SO defined by their Asian culture especially since the game doesn’t have much to counterbalance that.  When a minority group of people is almost exclusively shown to be terrorist (Yuri Watanabe is the only other Asian character of note), well at that point you’re basically recreating that one episode of Sherlock that’s always gonna be a bit uncomfortable to watch.  Still, this is a Spider-Man game that, at least for the modern era, will define what it means to be a Super-Hero game, and while I’ll always carry a torch for the PS2 game I won’t begrudge the new generation for having a version made for them to enjoy.