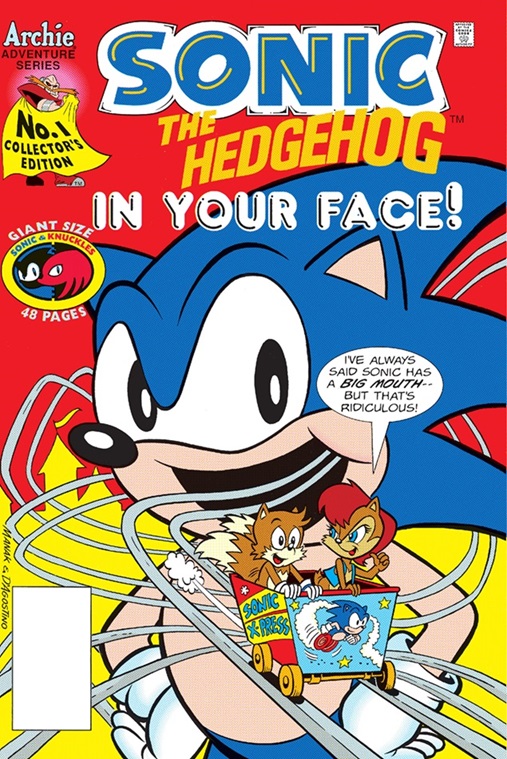 I guess with any comic book series, things can’t stay simple for long; not just in terms of plot and character depth which I am absolutely for, but in terms of spin-offs, specials, and the intermixing of continuity between them which I’m more or less totally against.  I’ve never gotten into super hero comic books for this reason as the amount of effort to understand any ONE book in its entirety is predicated on an absurd amount of disposable income so that all the issues of every connected series can be purchased.  Well I guess I have no choice with this series as we’re gonna be talking its very first Special today and it’s only going to get more unwieldy from here.  Strap in folks!  Things are gonna get bumpy!

The special starts off with a continuation of the story line from issue 18; namely that Sally’s lifelong mentor who we’ve never heard of has just died and it turns out that she has left everything to her, including this spiffy vest!

END_OF_DOCUMENT_TOKEN_TO_BE_REPLACED

We’re back with even MORE Sonic the Hedgehog to talk about because… well I’m on a Sonic the Hedgehog kick again and it’s gonna take a bit more time to burn itself out!  We’ll be looking at three issues today because this stretch of issues includes some TRULY fascinating changes for the series and is a turning point in a lot of ways.  I’m always fascinated by stuff like this where you can pinpoint an EXACT moment where things are different from what they were before, and while I’m not equipped with the knowledge as to WHY these changes happened in the series, it’s going to be a lot of fun to point them out!

So the first thing we need to acknowledge is the change in Sally’s design.  Based on accounts from Michael Gallagher (the first writer for the comic book including the four initial test issues that I have yet to cover in this recap series) we know that the SatAM series was being developed at the same time as the comic which is why the basic outline of the story is the same, but it seems that some early concepts made it into the comic book before they were finalized for the series.  We know this happened already when Boomer was renamed to his cartoon name Rotor in issue 9, and the very first episode of the SatAM series had a design for Sally that is SOMEWHAT close to her appearance in the comics up to this point.  The big question I’m still left with is why her design wasn’t changed earlier as the comic was only on its second official issue (not including the four test issues) when the SatAM series premiered.   It could have just been a scheduling conflict as I have no idea how far ahead the books were written and illustrated before release, or maybe no one was too concerned about it until much later when it became clear that Sonic was going to be A THING for the foreseeable future.  Interesting fact!  This is not the first know redesign of the character as one of the earliest known pieces of concept art for the SatAM show portrayed a blonde princess with a dress and crown, and the first issue of the test series had her blonde as well; though it was corrected by the second issue to the design we know now.

END_OF_DOCUMENT_TOKEN_TO_BE_REPLACED

That’s right!  We’re doing another four issue recap!  Mostly because there’s little substance to any of the issues we’ll be covering today, but also because I’m kinda anxious to get the real meat of this series and for it to take itself a bit more seriously.  Not in the grim dark sort of way (we are SO far from running into Shadow and Tails Doll) but for them to cut back on the puns and for the stories to have the SEMBLANCE of an ongoing arc.  Issue sixteen isn’t quite there yet, but that’s certainly a turning point in a lot of ways so I want to get there as soon as possible damn it!  Anyway, let’s get started!!

So right off the bat we have one of the least interesting stories from the books so far; ALMOST as bad as when they tried to do A Christmas Carol.  You wouldn’t think it from the initial premise though!  Seems like a GREAT idea for a story, but its squandered on, what else?  Lame jokes and half-baked ideas!  Sonic does his usual Sonic thing of making Doctor Robotnik’s life a living hell, but this latest ass kicking seems to have jogged something in the robo bastard as he comes up with an ingenious plan!  He’ll send Sonic back in time!  OF COURSE!  IT’S SO OBVIOUS, RIGHT!?