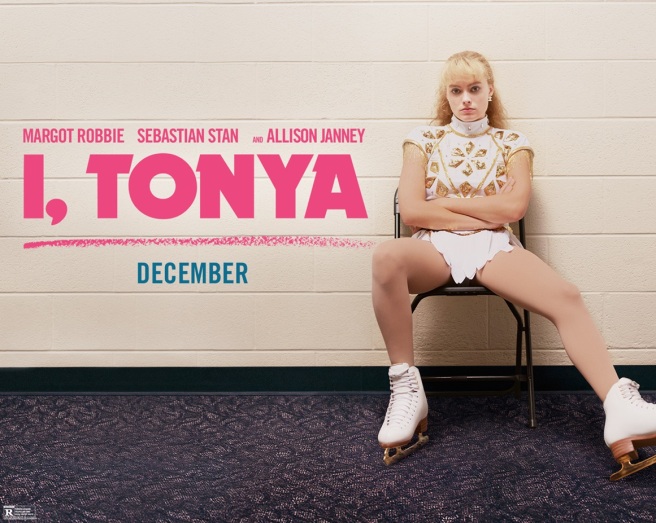 I, Tonya and all the images you see in this review are owned by Neon

We can’t have an Oscar Season without at least ONE off the wall biopic, right!?  Sure, you’ve got the more straightforward historical dramas like The Post and Darkest Hour, but despite Scorsese striking out with The Wolf of Wall Street at The Oscars, it still made a huge impact and many have tried to recreate its success since then.  Not only that, but the fact we’re starting to look back at the nineties in a historical context with at least two recent OJ Simpson projects getting a huge amount of critical praise, it’s no wonder that right after him we get to the other big crime story of that decade; the assault on Nancy Kerrigan and Tonya Harding’s possible involvement with it.  Does this reexamination of one of the biggest names in nineties pop culture end up being a phenomenal look at her life and the decade around it, or is this a cynical cash grab trying to get a jump start on Gen X and Millennial nostalgia?  Let’s find out!!

Back in the early nineties, Tonya Harding (Margot Robbie) was one of the most prominent names in Women’s Figure Skating; having come from a very poor background and taking a lot of her social upbringing into her performances.  Despite Figure Skating being a sport that prizes tradition and perfection in its (none of that uncouth “rock and roll” music!), they could not ignore Harding who was a natural on the ice and the first American female figure skater to land a triple axel (a feat accomplished by Midori Ito and Mao Asada from Japan a few years earlier).  Still, it wasn’t an easy road as she had to deal with her abusive mother LaVona Fay Golden (Allison Janney) and her just as abusive husband Jeff Gillooly (Sebastian Stan); both of whom seemed hell bent on making her life miserable despite swearing they were only looking out for her best interests.  Things get complicated though when Tonya’s anxiety and even paranoia start to get to her as the weight of her modest celebrity as well as the skills of other skaters made her quite distressed.  From here, we start to get speculative about what happened, but the general idea is that one of Jeff’s friends Shawn Eckhardt (Paul Walter Hauser) has a friend of his attack one of Tonya’s rivals Nancy Kerrigan (Caitlin Carver) and the big mystery surrounding it is just how much did Tonya know about what was happening.  Did she orchestrate the attack herself?  Was she aware that it was going to happen but said nothing to stop it?  The movie addresses these questions and more as this dramatized retelling of her story gives us not only a look at the facts as we know them of the case, but the media circus that built up around it and the… interesting characters that were involved.  Oh, and there are a few skate numbers as well!