It’s easy to forget at times just how important the name Castlevania used to be.

END_OF_DOCUMENT_TOKEN_TO_BE_REPLACED 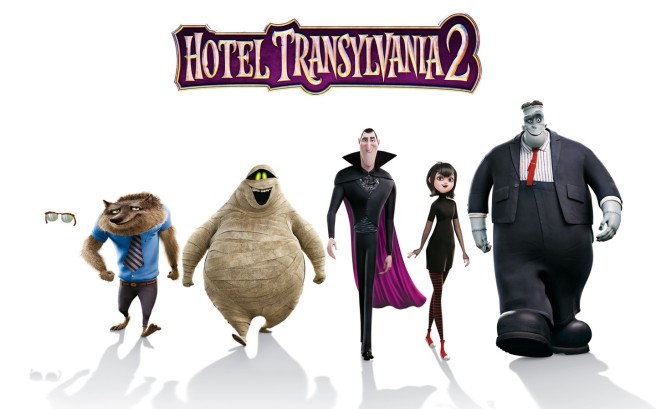 Does anyone else remember just how amazing it was that the first movie was in fact as good as it was?  The movie had been in production since 2006 and had five directors attached to it before finally settling on Genndy Tartakovsky who by all means is an accomplished animator but had never directed a feature film.  Not only that, but Adam Sandler was (and continues to be) a joke for a lot of people and his movie in the last decade or so have been absolutely abysmal.  Despite all that, Hotel Transylvania was not only good but one of the best animated films in a long time.  Now it’s time for Sony to start franchising this sucker with a sequel, but they seem to be doing it the right way by not only getting back the original director but the same writers as well.  Will this somehow manage to be one of the few animated sequels to be just as good if not better than the original, or will they throw out everything that was great about the first film just to milk a couple more dollars out of this series?  Let’s find out!!

After the events of the first movie, Mavis and Jonathan (Selena Gomez and Andy Samberg) start dating and eventually get married in the titular hotel.  Their whirlwind love affair eventually leads to her getting pregnant and giving birth to their son Dennis whom Dracula (Adam Sandler) starts to obsess over because now he has a new outlet for the overprotective behavior he struggled to overcome in the last film.  Unfortunately, like in the first movie, there comes a point where his paternal usefulness may be coming to an end with Mavis thinking that it may be too dangerous for them to stay at the hotel since young Dennis has yet to show any signs of being anything other than human, and in the Lore of this universe if he doesn’t show any signs by his fifth birthday (which is rapidly approaching), he’ll be a human forever.  Dracula, being the crafty bastard that is, enlists Jonathan’s help (who wants to stay at the hotel) to keep Mavis distracted while he and his friends try to force the vampirism into his grandson by taking him on the night of professional scaring.  I wouldn’t think that biology could be affected by cultural immersion but whatever.  So Jonathan and Mavis are off to visit his family in California for some marital R&R (and to see if the place would be a good fit for their family), while the old school monsters are trying their best to not only get this kid to grow his fangs but to recapture a bit of their youthful exuberance as they revisit their familiar haunts from when they were the scourge of humanity which may be a bit more difficult than they were expecting now the humans have learned about monsters and are (tentatively) accepting them.