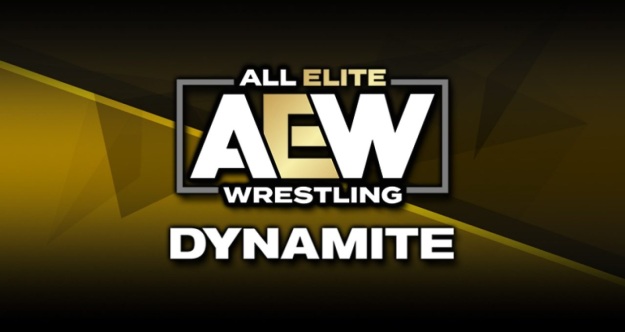 It’s been a heck of a week in the wrestling world, hasn’t it?  Needless to say that my already drained enthusiasm from last week’s recap took a very significant hit with all the news coming out, but the show must go on and it’s of some comfort to me that I have something locked in a scheduled every week to try and keep my brain puttering along during these less than ideal times.  So then!  Does AEW still have what it takes to put on a good series of wrestling matches and entertaining promos, or is the world in a funk that even the very best the industry has to offer can’t drag us all out of?  Let’s find out!!

In case you didn’t know, a Lumberjack match is one where wrestlers stand outside of the ring and if either wrestler in the match gets thrown out of the ring or tries to run away, the lumberjacks will put them back in the ring.  Seems like an odd match for two guys who WANT to fight as you usually do a Lumberjack match to wrangle a cowardly heel, not to mention that these two being as big as they are won’t likely be stopped from leaving if they REALLY want to, and on top of that it’s not the best look in the world to have THIS many people participating in a match and being this close to each other in the middle of a pandemic.  On the other hand, it’s become clear this week that AEW’s testing policies have been pretty effective as no one at their company has wrestled positive while WWE just had a huge outbreak due to the incredibly lax testing that they’ve done.  Frankly, though, I wouldn’t even call this a Lumberjack match as they don’t REALLY do their job and it’s more of a Rumble.  No, not a Royal Rumble; more like a West Side Story Rumble where the ones on the outskirts are there to antagonize the other side, and Luchasaurus or Wardlow getting tossed over the wrong side of the ropes will certainly mean bad news and a few cheap shots.  It also comes off a bit like an attempt to drill it into everyone’s heads that THEY NEED TO CATCH PEOPLE because there are so many dives in this and it’s not like they couldn’t use a refresher course considering how many people have gotten hurt recently!  So the two of them fight all over the place occasionally having to toss off the lumberjacks and throw people over things, but eventually, Luchasaurus gets a chokeslam and goes for the pin… when MJF manages to distract the ref.  SERIOUSLY!?  The ONE THING you need to look for is pinfalls, and when one happens you stop to instead chat with this dude?  Luchasaurus should have gotten the win as he’s got Wardlow for more than a three count, so in retaliation, Jungle Boy spears MJF off the apron and into a crowd of heel lumberjacks waiting below.  Unfortunately, this gives Wardlow enough time to do a low blow behind the ref’s back and gets the pin with an F-10; an impressive feat considering how big Lucahsaurus is.  The scene then devolves into chaos as the Sharks and the Jets… I mean the Heels and the Faces, all storm the ring and start hitting each other for a few minutes before things calm down and Tony Schiavone announces that at Fyter Fest it will be MJF & Wardlow Vs. Jungle Boy and Luchasaurus.  This was a great match and I really enjoyed the interplay between these two competitors as both are way more flexible and agile than their size would lead you to believe; with Wardlow landing a Hurricanrana on Luchasaurus and Luchasaurus doing some sort of clothesline reversal where he flips around the arm and forces Wardlow into a near fall.  I’d be interested to see if they do more Lumberjack matches like this in the future, especially since we won’t be having fans for a while longer, but all in all, it was a great way to start the show; just as long as everyone used hand sanitizer afterward.